Skip to content
<a href=https://www.bitsmack.com/modules.php?op=modload&name=Comics&file=index&action=comic&id=458>Life is good.</a> Friday night Brad and I went to Easton for some shopping. I got my tax return money and decided to buy Doom 3. I hadn’t planned on buying it this soon but then I found out that the collectors edition included Ultimate Doom and Doom II. This sold me instantly. After that we went to our new favorite comic store Dave’s Clubhouse. I made a comment about the Marvel Vs card game and it turned out that several of the people there play it and said it was fun. I bought the starter deck and one of the guys that worked there showed Brad and I how to play. It’s a pretty fun game and a nice diversion from Magic. Later that night we played poker as usual. I was down to 30 chips at one point but somehow I came back and took second place without buying back in. Saturday we decided to play D&D. I had never played before so I was curious to see what it was like. Creating a character took forever, there is so much math involved and so many things you need to take into consideration to figure out your stats. I decided to be a fighter, Brad was a monk, Heather was a wizard, AJ was a barbarian and The Raj was the dungeon master. It was pretty fun, at one point I tried to torture a guy for information by cutting off his hand but Brad caught my axe in midswing an threw me against a wall. Yes I realize how truly nerdy I have become, but I think the thing to remember is not to get too intense into any one hobby. I like trying out all these different games but I’ve never going to put all my time and money into just one of them… except possibly Warcraft. That game rocks. 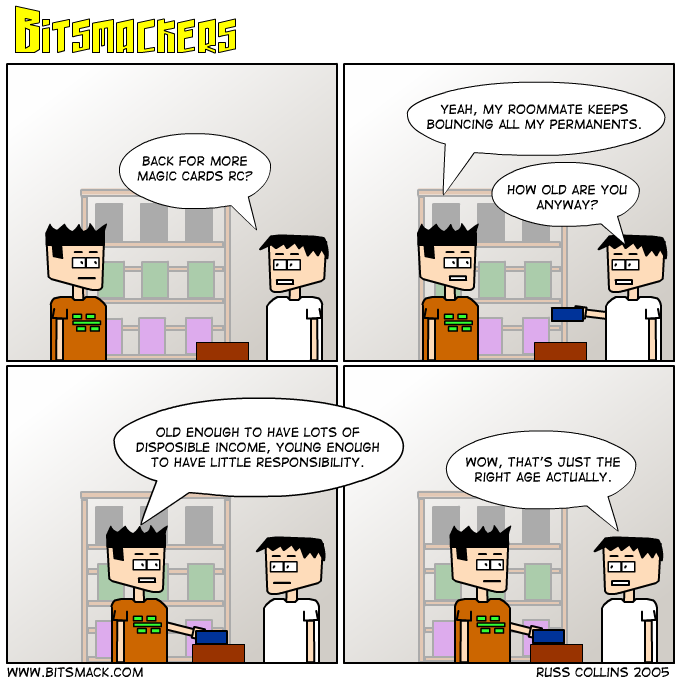