Skip to content
K-dog’s <a href=https://www.bitsmack.com/modules.php?op=modload&name=Comics&file=index&action=comic&id=418>party</a> was a lot of fun as usual. We played Risk early in the night. The other games that were played were Super Monkey Ball, Goldeneye, Pop’n Music, Karaoke Revolution, DDR and World Class Track Meet. I broke out a little Parappa the Rapper 2 and Rez later on. The next morning there was some GTA3 played then we went up to Club 180 to play K-dog’s arcade machines. New to the club was Kangaroo on free play. Saturday night we tried an interesting experiment. Brad, Will, Cassadi, Goz and I played a game of Risk. Except, Goz was in Kenton while the rest of us were in Columbus. We set up Will’s laptop and iSight so that Goz could see our game board. He also set up a game board at his place so he could see where all the armies were. The game took a little longer because we had to announce our moves to Goz so he could update his board but it really didn’t drag the game down as much as you would think. I wouldn’t want to throw another remote player into the mix because then I think it would be really hard to coordinate everything that’s going on. You could have a few people in two locations and I think that would work. Another idea we didn’t get to fully implement was using laptops to send secret messages to each other. I think Brad and Goz’s secret alliance gave Brad the upper hand. It would be more fair if everyone had a laptop. Check back tomorrow for a MAME cabinet update! 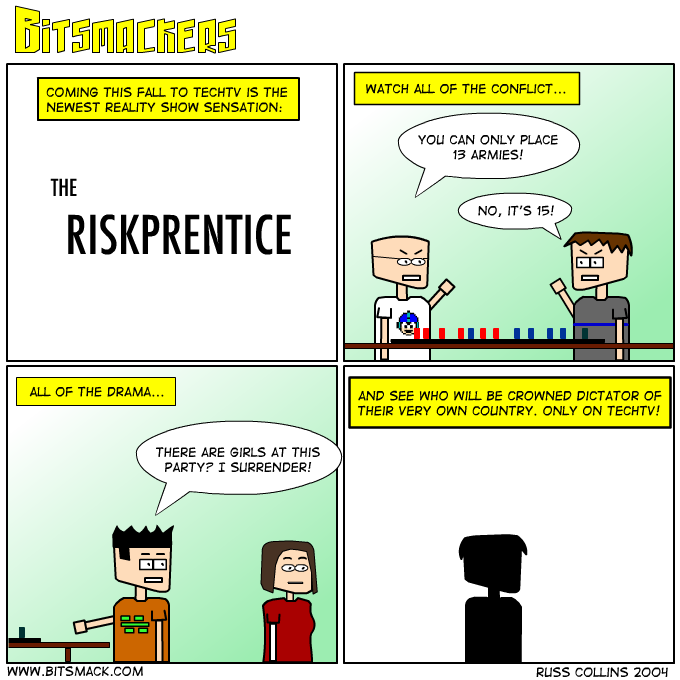