Skip to content
Expensive? Pointless? <a href=https://www.bitsmack.com/modules.php?op=modload&name=Comics&file=index&action=comic&id=403>It</a> meets all of K-Dog’s criteria! Some photos of the N-Gage redesign are circling around the internet. It is rumored to have a bigger screen, better button layout and a camera. I for one applaud Nokia for making all the people that bought an N-Gage feel even stupider than they already did. What do you guys think? What two gadgets would you like to see combined into one? UPDATE: According to <a href=http://www.gamespot.com/news/2004/04/13/news_6093447.html>Gamespot,</a> Nokia just announced the redesigned N-Gage. It doesn’t have a camera and they took out the MP3 and FM radio functions. You don’t have to talk into the side anymore and you don’t have to remove the battery to change games. All this for $99 with service plan. I can’t tell if this is the same N-Gage I saw pictures of. Maybe I shouldn’t base my comic on rumors anymore. 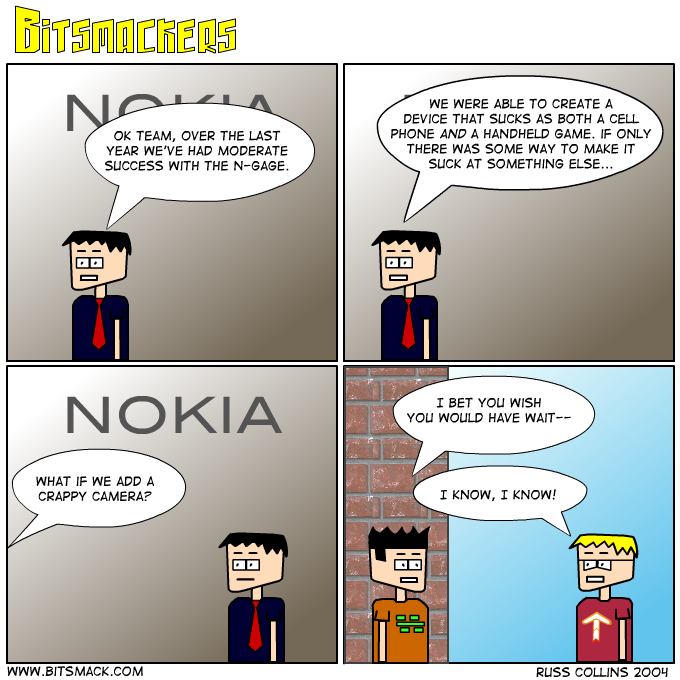