Skip to content
There is a new <a href=modules.php?op=modload&name=Comics&file=index&action=comic&id=102>comic</a> today. Yes, really. I’ve started trying to create my own <a href=http://dwi.ddrei.com/>DWI files. I found a program that makes it really easy called <a href=http://www.thomasscott.net/xstep/>XStep. As soon as I get a song done I will put it in the downloads section. DVD Review: Vulgar (Not Rated) Vulgar is a View Askew production but it is not a true “Kevin Smith” movie. It was written and directed by Bryan Johnson (who plays Steve-Dave in all the other Kevin Smith movies). This dark comedy turns out to be way more dark than comedic. It is the story of a clown played by Brian O’Halloran (Dante in Clerks) who is sexually assulted. Later he becomes a TV star but his past comes back to haunt him. Johnson and O’Halloran attempt to recreate the banter that Dante and Randal had in Clerks but fall short. The comedic elements in the movie are not enough to take your mind off the disturbing attack scene. I’d say the attack scene would turn most people off on this movie. I didn’t mind the scene but my only enjoyment from the movie came from seeing other View Askew actors (like Kevin Smith and Jason Mewes) show up in cameo roles. If you aren’t a View Askew fan or don’t know Kevin Smith I can’t think of any reason to watch this movie. This DVD does have some cool special features. The commentary track with Johnson, Smith, Scott Mosier, O’Halloran and Monica Hampton is more entertaining than the movie itself. There is also a documentary in defense of Dogma that didn’t make it on to the Dogma DVD. The documentary just basically talks about the controversy surrounding Dogma and doesn’t really provide any new information that a View Askew fan wouldn’t already know. On my DVD scale of Buy it, Rent it, Avoid it, I would say if you are a View Askew fan rent it. If you’re not avoid this movie. 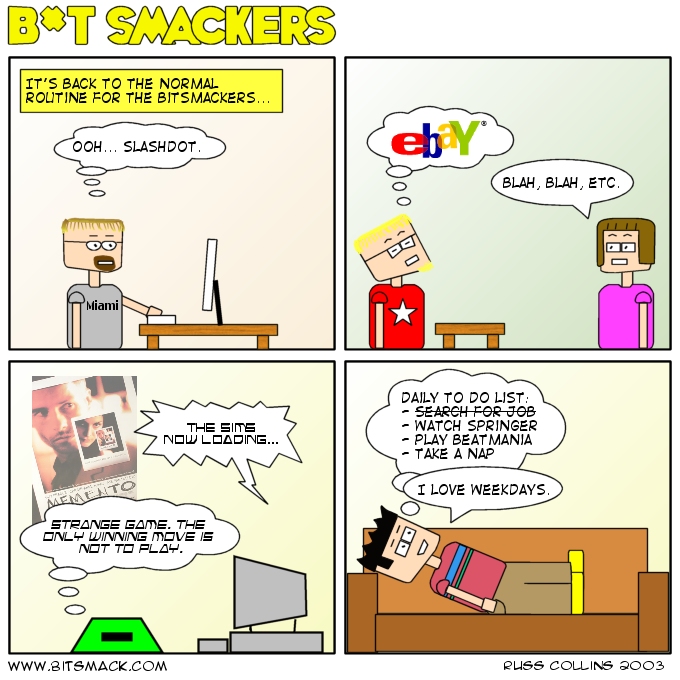