Skip to content
The final <a href=modules.php?op=modload&name=Comics&file=index&action=comic&id=100>part</a> of the storyline is up. As you may have read in kruton’s post Saturday was pretty exciting. He won the Findlay DDR torunament. Then we went with some of the Defiance people up to Pinball Pete’s. It was pretty cool all the machines they had. We spent a lot of time at Drummania. The security guard was really good at it. I don’t know if he plays at home or if he just has way too many quarters. I also got a chance to see Dance Maniax. The rumors of it’s sucktitude were not exaggerated, however it was hilarious to see Ben do pelvic thrusts to hit blue notes. Good times. We had some adventures on the way home but I might discuss those later. 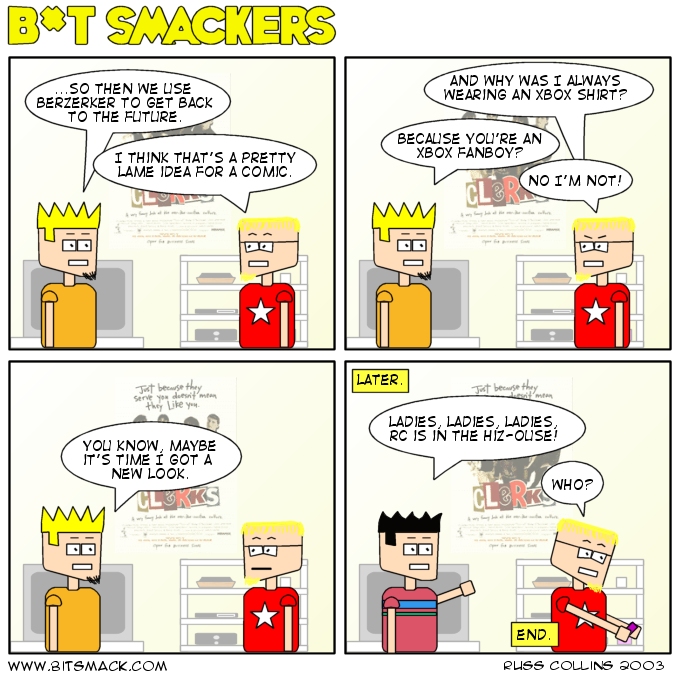